The term ‘mixed martial arts’ (MMA) – which is sometimes referred to as cage fighting – is a full-contact combat sport that is based on striking, grappling as well as ground fighting. It incorporates techniques from various combat sports and martial arts from around the world.

How Does It Work?

The rules of MMA allow the combatants to make use of a variety techniques that include punches, kicks, joint-locks, chokes, takedowns and throws.

Victory in MMA is normally gained through knock-out, submission (one fighter accepts defeat against the other by tapping the mat or his opponent using his hand), or stoppage by the referee, the fight medical practitioner or a competitor’s cornerman.

Another term for MMA is NHB (which stands for No Holds Barred) however this term is not commonly used anymore because it is no longer a very accurate description of the modern competitions which utilise many more rules as opposed to previously.

The first Ultimate Fighting Championship’s solitary rules were against eye-gouging, fish-hooking as well as  biting. It was common to see hair-pulling, toe-stomping in addition to people being choked with their clothing lapels. One early infamous match even featured one combatant striking his opponent in the groin repeatedly.

At the moment, all of the major promotions have a list of stringent rules. These lists also outline techniques that are banned. 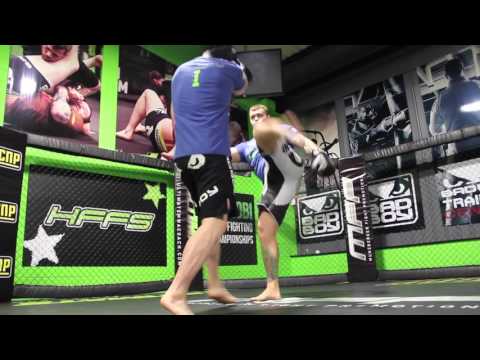 The Ultimate Fighting Championship – The Home Of MMA

On the professional level, the Ultimate Fighting Championship (UFC) – which is based in Las Vegas, Nevada – is MMA’s leading promoter. The UFC produces dozens upon dozens of live events each and every single year. In addition, its pay-per-view cable television broadcasts have attained viewers in some 130 countries across the globe.

The organisation, which was founded in 1993, was purchased by Zuffa Inc. in January 2001 for $2 million. It quickly expanded and UFC President Dana White soon became the face of the sport. In 2016 it was announced that the UFC was being sold to the talent agency WME-IMG for $4 billion.

In addition to the UFC, there are a number of different professional MMA organisations. Among the most noteworthy of these are the Newport Beach, California-based Bellator MMA, that was founded in 2008. As well as this, there is the Singapore-based ONE Championship, which promotes many of the top MMA fighters in Asia. Invicta Fighting Championships, which is a promotion that is dedicated to female MMA fighters, was launched in the United States in 2012.

There is a unique as well as unparalleled respect in MMA. Believe it or not, fighters have even been known to talk and joke with each other prior to the weigh-in and face-off. There is a well-known entertainment aspect to the sport, but when the many bouts are done and dusted, the fighters will shake hands and then embrace in the Octagon (which is the name for the ring) and then again backstage. They respect their opponent and they respect the sport.